In all your ways acknowledge Him, and He will make your paths straight... Prov. 3:6
My Wishlist(0)

PROUDLY MADE IN THE USA
Free domestic shipping on orders over $75 with the exception of certain products requiring extra shipping.
Complete Shipping details.   Stay informed of new product releases and special promotions by signing up for our newsletter.

No items in your cart 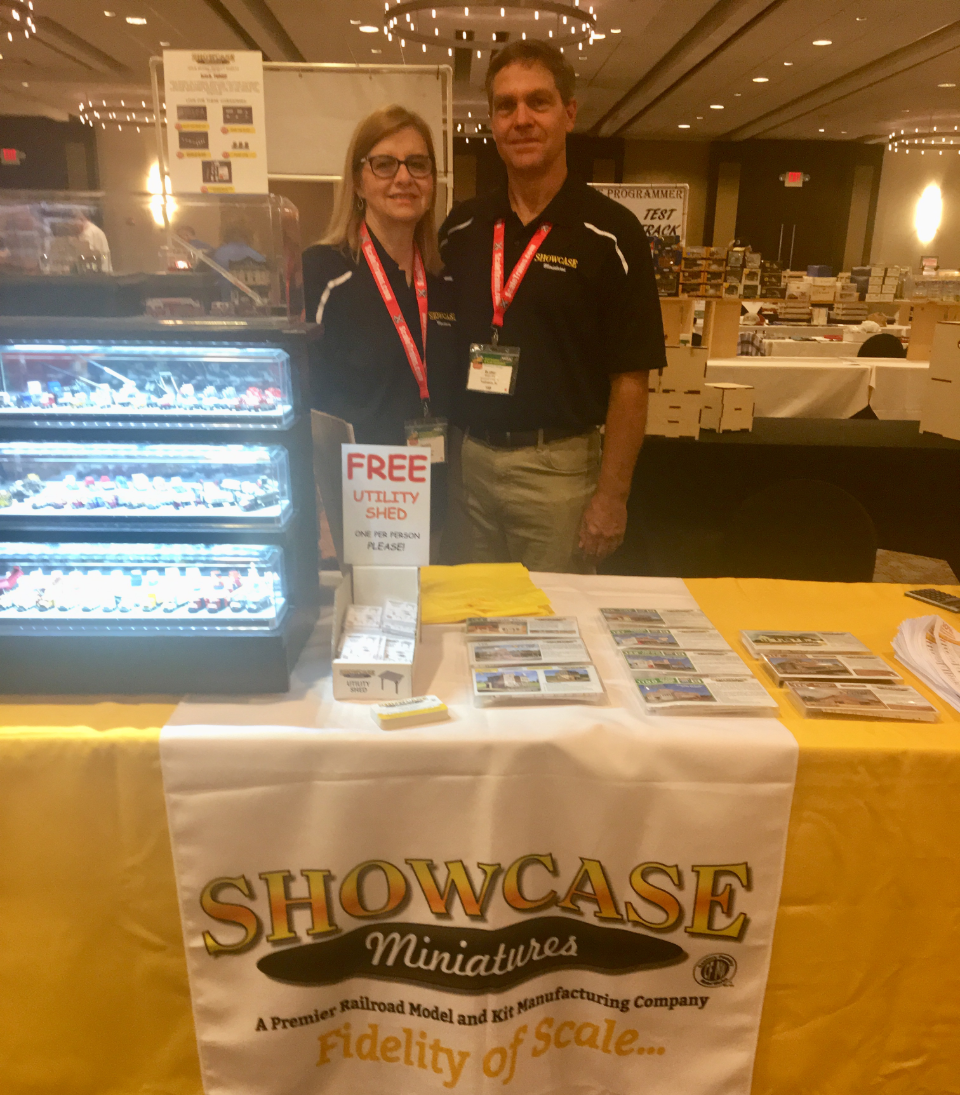 In the Fall of 2012, Showcase Miniatures made the move from its original location in Cherry Valley, California to its current location in Tuskegee, Alabama, under the new ownership of Walter and Debbie Vail.

Joe Warren began Showcase Miniatures in 1995 when he released the first generation of vehicles to the N scale hobbyist. The line consisted of ten models series 1-10. The masters for these models were created for Showcase Miniatures by Ron Shaw, a veteran model maker. Ron was an old school model maker. His portfolio of model work covered slot car bodies, R/C car bodies, industrial pattern making, and movie studio model work (before the computer graphics era). In fact, at the time he produced the patterns for Showcase Miniatures, he was also building models for Jack Sessums Model Studio in Redlands, California.

The 2nd Generation of Showcase Miniatures series, 11-37, was vehicle model patterns created by Walter Vail and Jon Emray. This 11-37 series was created with a strong emphasis on scale fidelity, and the models were broken into separate components. They were cast of metal, rather than resin, and they were packaged in a hardshell case so that they would display well at the hobby dealers. The collectible success of the 2nd generation line is well noted. Some customers have sold parts of their Showcase Miniature vehicles collection for a great deal more than the original price they paid.

Originally established in 1972 by Bruce Petty, Century Foundry offered a line of HO passenger car parts, right-of-way signals, and a few fun project details. Along the way, Bruce sold the company (in or about 1980) to Mr. Ed Musich, who owned and operated the company, until 2004. The Musich family sold the line and its assets to Showcase Miniatures in 2004.

Walter develops new products using different methods including hand sculpting and 3D computer software, and he responsible for production in the shop. He has designed products for such businesses as C-in-C Soft Metal Castings, GHQ, FASA, and Ral-Partha.

Some of the 3D generated models can be found on his imageReplicas store location at Shapeways.com. Many of these models, which include narrow gauge locomotives, RR equipment, and cars will soon be made available on the Showcase Miniatures website.

Walter's wife, Debbie, efficiently manages the shopkeeping part of the business with her gift of organization. She has the huge responsibility of inventory maintenance, packaging, and order processing.

Now, here it is today, with the 3rd generation of N scale vehicles. Walter is at it again, and this time he has upped the ante with some fantastic new designs.  New products and accessories are added on a regular basis.

Finding a place in the changing hobby industry is the current goal for Showcase Miniatures. Recent new additions in Z Scale have had an encouraging beginning, and this product line will be expanding in the near future. The Century Foundry line of models, kits, and accessories will also be growing in both HO and N Scale.

has been added successfully to your wishlist.